A Bald Eagle Makes a Rare Visit to San Francisco

This website usually focuses on threats to our parks, trees, and nature from tree destruction and pesticides. But sometimes, we just want to celebrate the nature and the wonderful life we see in our amazing city. From whales in the Bay to this amazing young bald eagle visitor…

We republish this article from the CoyoteYipps website with permission. All photographs copyright to wildlife photographer Janet Kessler. Please seek permission before reproducing.

History is Made: A Bald Eagle Lands in San Francisco!!

Occasionally I post things not related to coyotes, and this post is one of them. It was Thursday, August 3rd at 8:30 am when I and several friends, including John, Paul, Juan, Anna, Ruth, Debby and Lori watched this huge bird fly in from the north, heading right for Bernal Hill, which is a grassy *island*, so to speak, that rises above, and stands out from, the sprawling city below.

We have a number of these *islands* in the city, some of them are grassy and golden, and some are treed and green. Bernal Hill is of the golden variety during the summer months and emerald during the rainy season. After landing on the ground, the bird flew up to a perfect perch — a dead branch. There it remained for two full hours before continuing its flight west and out of sight. During those two hours, the bird looked around, preened, shook itself, scratched itself and pooped! 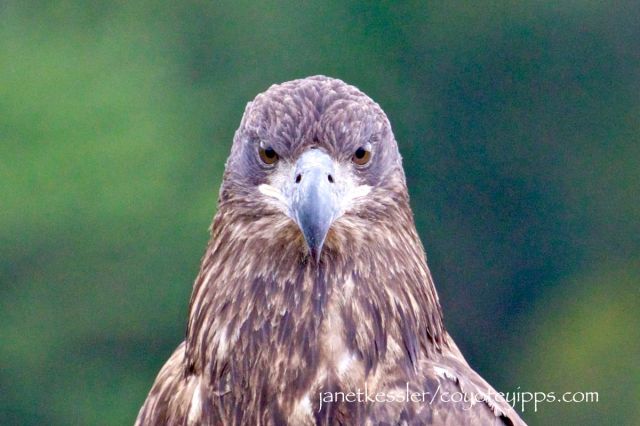 I contacted Dominik Mosur, San Francisco’s pre-eminent bird expert, and the most knowledgeable person I’ve ever met about birds. He says, “Based on my experience, and documented data available to me, both Bald and Golden Eagles are occasionally seen in San Francisco City and County airspace. There was a Bald Eagle sighted perched at Lake Merced many years ago, but aside from that one, there have been no additional historical records of either eagle species actually landing here since we converted the Franciscan ecosystem into city/suburbs.”

“This bird is young, likely just out of a nest. You encountered it as it was probably leaving its parent’s territory for the first time.”

“Bald eagles started nesting close to San Francisco in the last decade (Crystal Springs Watershed to the south, a few years longer up in Marin in the Mt. Tam watershed) and consequently sightings of them flying OVER the city have increased. However, as I mentioned, it’s one of just a couple of records of Bald Eagles perching in SF in modern times — probably going back to the pre-Gold Rush days!” Sightings of this bird in San Francisco are indeed extremely rare, which makes this sighting a truly special event.
[More amazing pictures below] 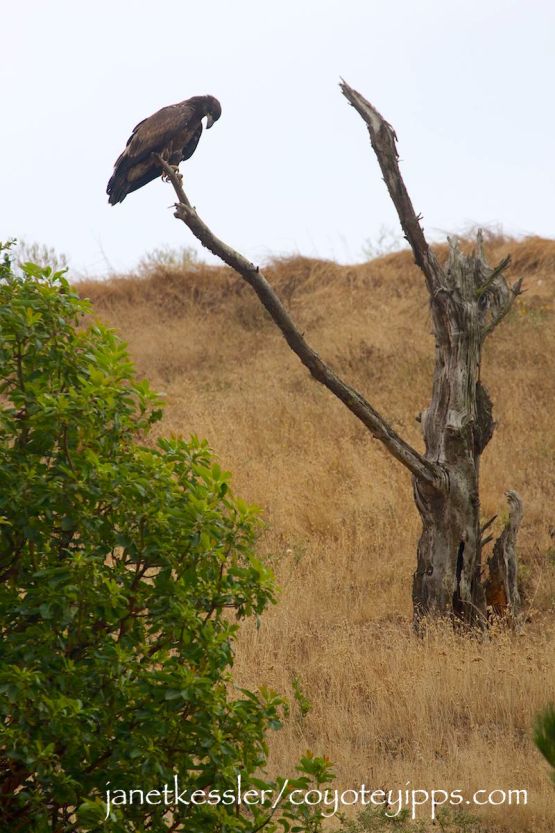 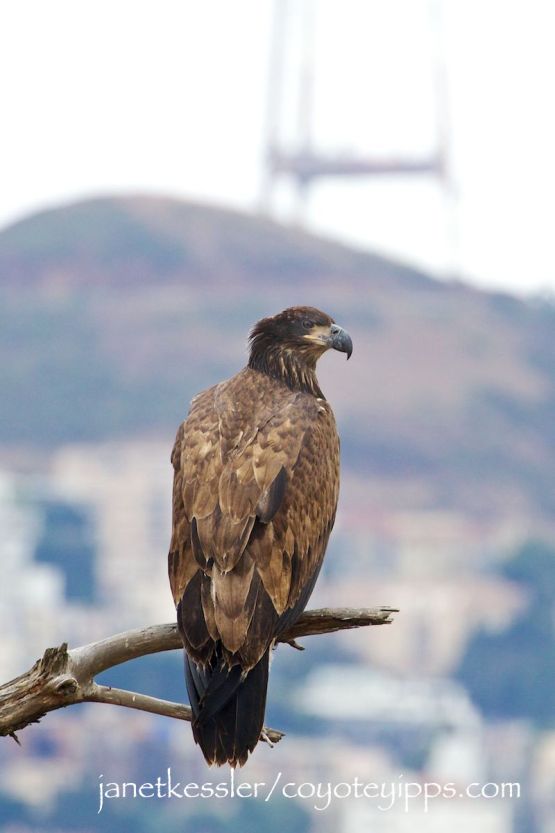 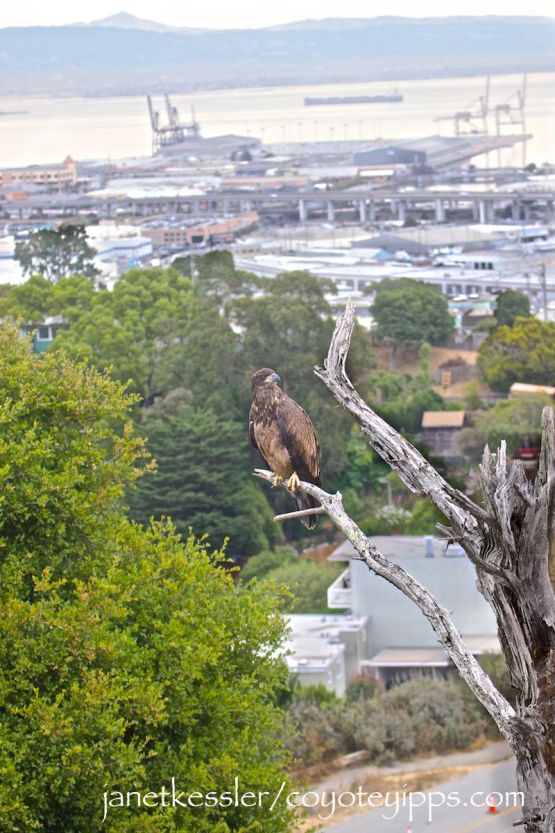 This entry was posted in wildlife and tagged birds, wildlife. Bookmark the permalink.