Who is Funding the Campaign for Prop B? (And, Ooops!) 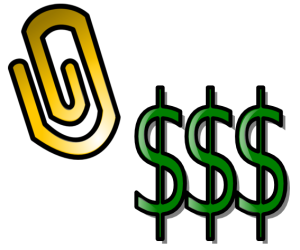 You’re probably going to see lots of material in support of Proposition B (the 30-year, $4.65 billion set-aside for park funding with very little oversight on how it’s spent). They have a war-chest of nearly $400 thousand to promote this measure. Where’s the money coming from?

More than half of it is from two sources:

Other funders include  developers, investors, and construction companies. Here’s the list, provided by a San Franciscan who obtained it from the Ethics Commission.

OOOPS! ERROR IN THE VOTER PAMPHLET
In related news, the Controller’s Office made an error in its statement in the Voter Pamphlet. It says that the spending would be overseen by the Board of Supervisors. It won’t. Here are the details (from the No On B campaign):

Many of us have been concerned about the Controller’s Statement in his letter in the Ballot Pamphlet, in which the next to the last paragraph reads:

“The proposed amendment requires Recreation and Parks to set goals and measures, develop a five year strategic plan and set operational and capital spending plans. The plans must be approved by the Recreation and Parks Commission, the Mayor and the Board of Supervisors.”

However, the legislation actually states:

After being contacted about this error, the Controller issued a correction (attached):

” Upon further review of the proposed amendment, I would like to clarify the approvals required for the five-year strategic plan and annual capital expenditure and operational plans as outlined in my March 11, 2016 letter. The Recreation and Parks Commission must approve these plans prior to submitting them to the Mayor and the Board of Supervisors for review and comment. The Board of Supervisors can approve or disapprove the five-year strategic and annual capital expenditure plans, but may not amend the plan. If the Board disapproves, the Recreation and Parks Department can modify the plans. ”

“This clarification does not impact my earlier assessment of the proposed amendment’s cost to government, as outlined in my March 11, 2016 letter. ”

As we all know, “can” is not the same as “shall” and so under Prop B Rec and Park has the freedom to create and modify their plans, without BOS authority to modify those plans.

This entry was posted in OTHER, Wastes Money and tagged Proposition B. Bookmark the permalink.