Moisture content of vegetation is one of the key determinants of fire hazard. In Mount Davidson, the drier side is clearly the native plant area, not the forest. This visitor went up to the forest to see – and document –  how the drought has affected the plants under the trees. Here, after four years of drought, is Mt Davidson’s forest.
This is another of our Park Visitor series: First-person accounts of visits to our San Francisco parks.

This google earth view shows the forest on the west side of the park and the grassland on the east side. Homes surrounding the park are also visible. I walked from the north side from Rockdale Drive and ended on the south side along Myra Way.

A presentation by Michie Wong, SFFD fire marshal, to the SF Urban Forestry Council, stated that the condition of the forest floor is the key to fire hazard. If it is green it is not flammable, but dry grass and shrubs are.

How has several years of drought affected the understory in the forest at Mt. Davidson Park? I visited the forest to see and document the moisture conditions in the forest’s understory. This article comprises my pictures and notes.

Further up the trail on the north side of the park fuchsias thrive despite years of drought.

Here’s a close-up of greenery on the forest floor. 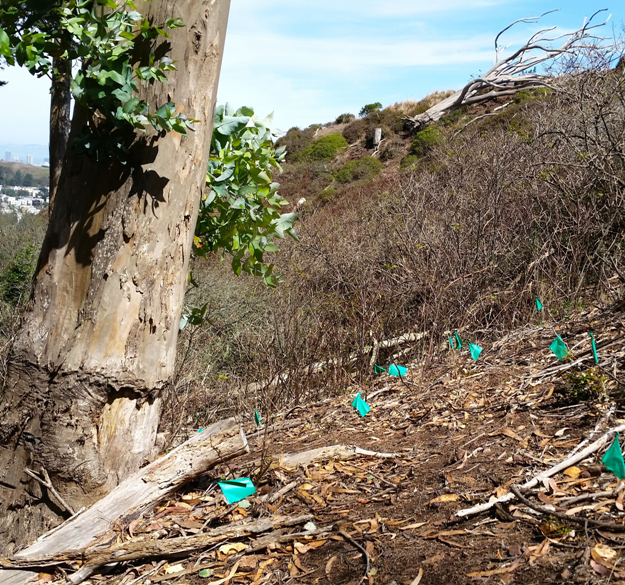 Walking east to the grassland part of the park.  A eucalyptus tree has new sprouts — despite the drought and despite being girdled in attempt to kill it.

The greenery around it has been cleared or killed with herbicides for planting of natives species, now marked with green flags.

View of dead grass and shrubs among native coyote bush on east side of park.

Dead and dry vegetation next to houses. 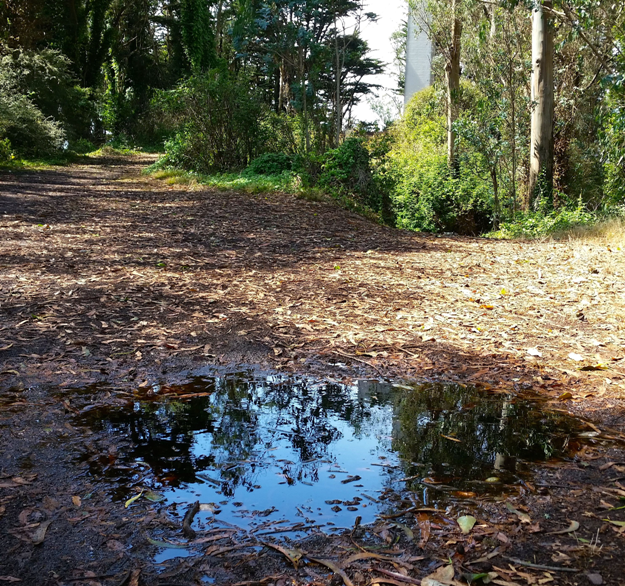 Heading west in the park into the forest along the fire road.

A 4-foot wide puddle remains from the recent drizzle and thick fog that followed a week of record heat. It is typically muddier on Mt. Davidson in the summer (the “fire season” elsewhere) than the winter because of the fog.

Heading down the fire road to the west side of the park. 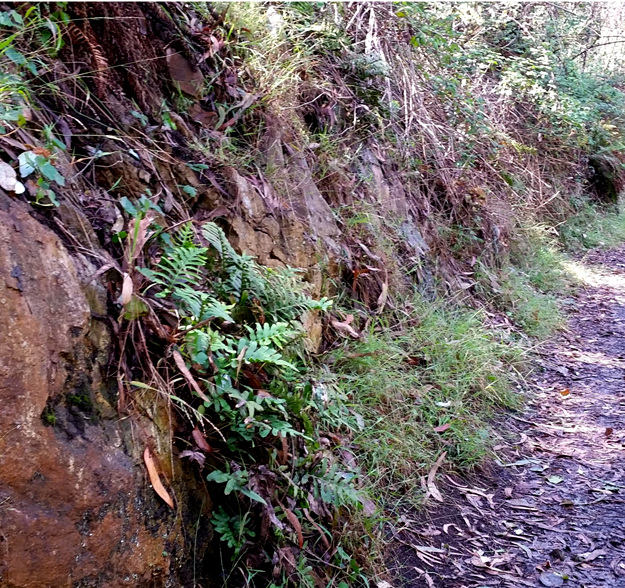 Ferns growing in the rocky slopes despite the drought.

Grass along the road is green and the ivy too. 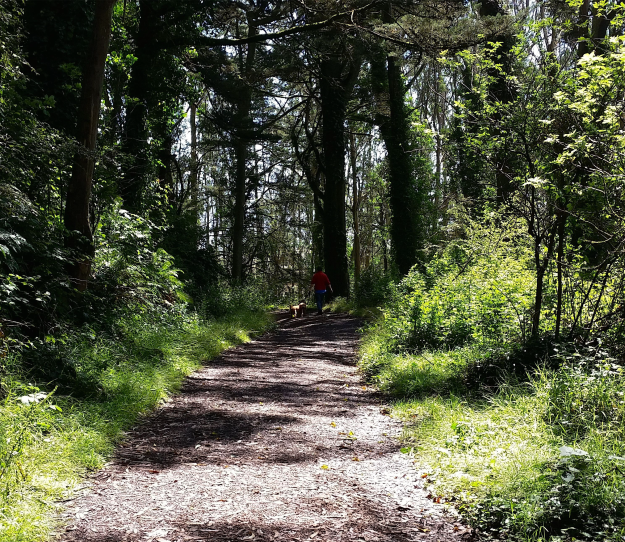 Further down the hill, at the intersection with the Juanita trail.  No sign of drought here, despite no one ever watering this area like they do in Golden Gate Park.

Southern entrance to the park, with most sun exposure, is still green too. 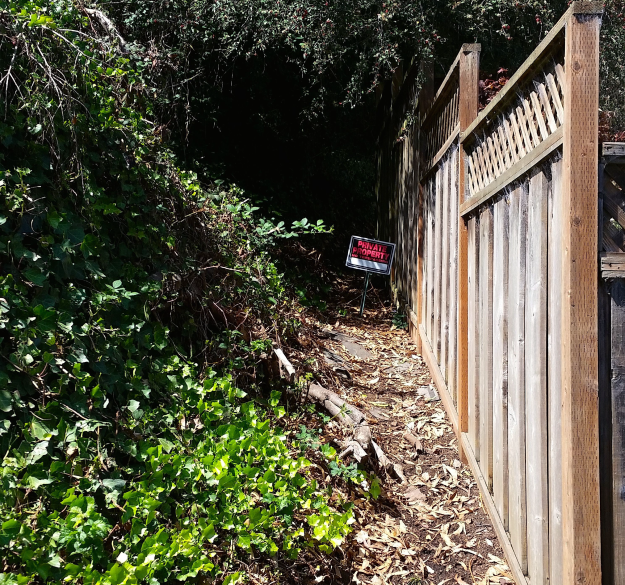 Boundary of park next to homes on Myra Way.

Ivy on forest floor has been cleared from fence but remains green and not a fire hazard.

We thank this Park Visitor for this report. We would especially like to draw attention to the picture of the girdled eucalyptus. Despite the effort to kill this tree, it still contains a lot of moisture – as evident from the sprouts. The grass and shrubs on the East side of the mountain are far more flammable.