The World Health Organization (WHO) recently declared that glyphosate is “probably carcinogenic” to humans. Specifically, it links the herbicide to non-Hodgkin lymphoma. (You can read their press release here: WHO glyphosate MonographVolume112)

Though SFRPD Natural Areas Program’s use of herbicides declined in 2014, it rose quite sharply before that. Roundup and Aquamaster, with active ingredient glyphosate, is one of the most frequently used herbicides in their arsenal. (The others are Garlon 4 Ultra, i.e. triclopyr; Polaris, Stalker or Habitat,  i.e. imazapyr, and Milestone VM – aminopyralid.)

Three of the Four on Mt Davidson

We’re glad that WHO has come out with this statement, but we’re not surprised. We’ve been following the literature for some years. In 2013, Dr Morley Singer alerted us to an article in the highly-respected peer-reviewed and journal, CA: A Cancer Journal for Clinicians. The article said that people who applied pesticides – or were around pesticides – were more likely to get cancer. [HERE’s the link to the article:  Increased cancer burden among pesticide applicators and others due to pesticide exposure.] We wrote about it here: Pesticides and Cancer, Glyphosate and Gut Bugs. 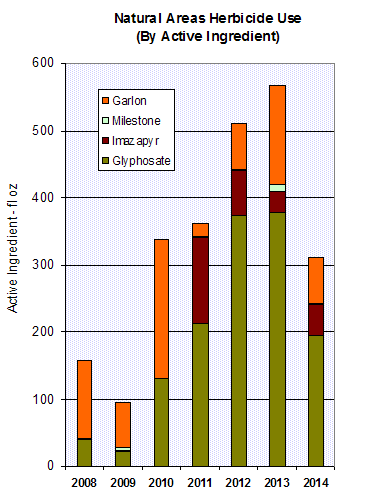 We hope that the WHO’s determination will make the Natural Areas Program (NAP) re-think its use of herbicides. Glyphosate, i.e. Roundup/ Aquamaster is possibly carcinogenic, and is on the list of herbicides to be evaluated as an endocrine disruptor. Besides the risk to the public and their pets, their own staff are in the front lines here.

The San Francisco Department of the Environment (SFDoE) assigns a ‘Tier” ranking to all the pesticides that are legal for use on City-owned property. Tier III is Least Hazardous, Tier II is More Hazardous, and Tier I is Most Hazardous. Roundup/ Aquamaster is Tier II. We again ask SFDoE to consider reclassifying it as Tier I. But we would be disappointed if NAP merely substituted other herbicides instead.

We have concerns about all the herbicides they use. (See this summary article: Toxic and Toxic-er )

Besides the risk to humans and their pets, pesticide use doesn’t benefit native wildlife – whether insects including butterflies, birds, or animals. It doesn’t benefit native plants, either. All that happens is that other plants best-suited to the area take over, and those are usually other ‘invasives.’ Or worst of all – nothing grows there, leaving bare poisoned slopes. We call on the Natural Areas Program to stop using herbicides. 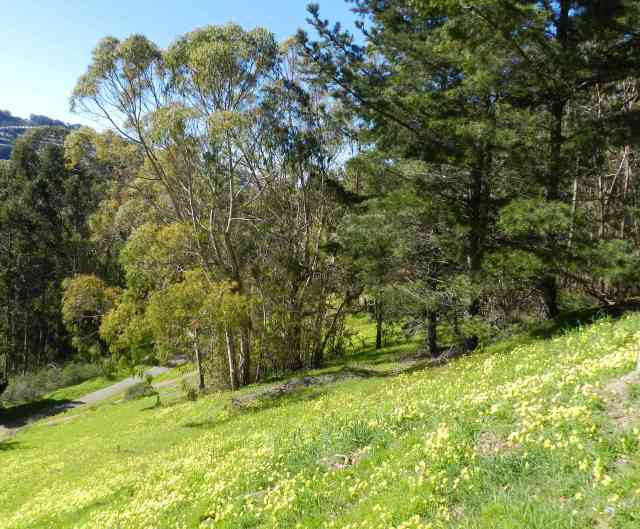