This article is reprinted with permission from SutroForest.com.

We had thought that UCSF was not going to cut down trees this fall when we wrote One More Year for Sutro Forest. We were wrong.

Yesterday, we received a surprise notification from UCSF. It plans to start felling trees for a “Urgent Fire Safety” project from August 26th. This is separate from (and possibly in addition to) the Plan discussed in the Draft Environmental Impact Report.

MORE THAN A THOUSAND TREES

They plan to do the following:

In addition, they note that PG&E will prune/remove trees on Clarendon Avenue, and the city will do so in the Interior Green Belt. So we can expect quite a lot of tree-felling in this area this Fall.

UCSF has indicated that work will start on August 26th and take 2 weeks. 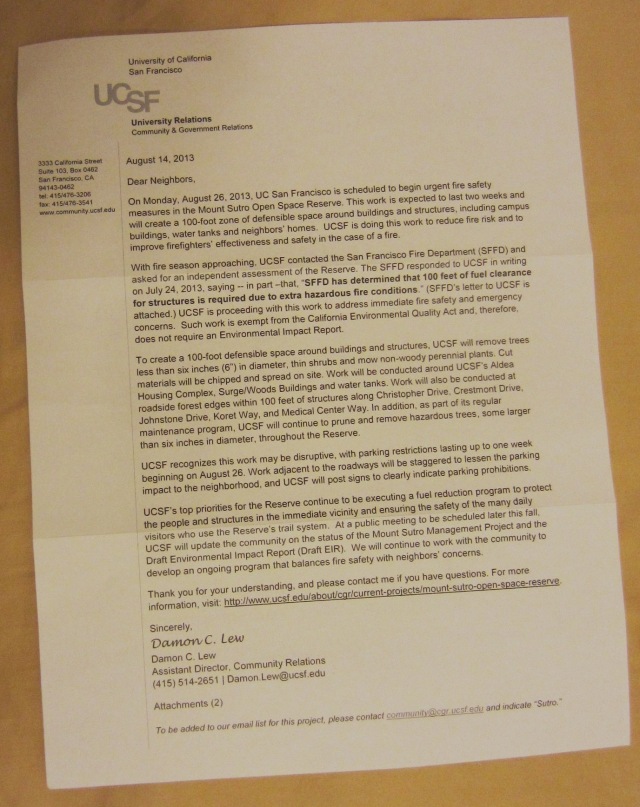 They also say that because this is “Emergency” work, it is not subject to the California Environmental Quality Act (CEQA) and so is separate from the Plan in the Draft Environmental Impact Report and independent of it. Of course, from an actual environmental viewpoint, this would be an addition to everything in that Plan.

They have obtained a letter from San Francisco Fire Department supporting their proposed actions. 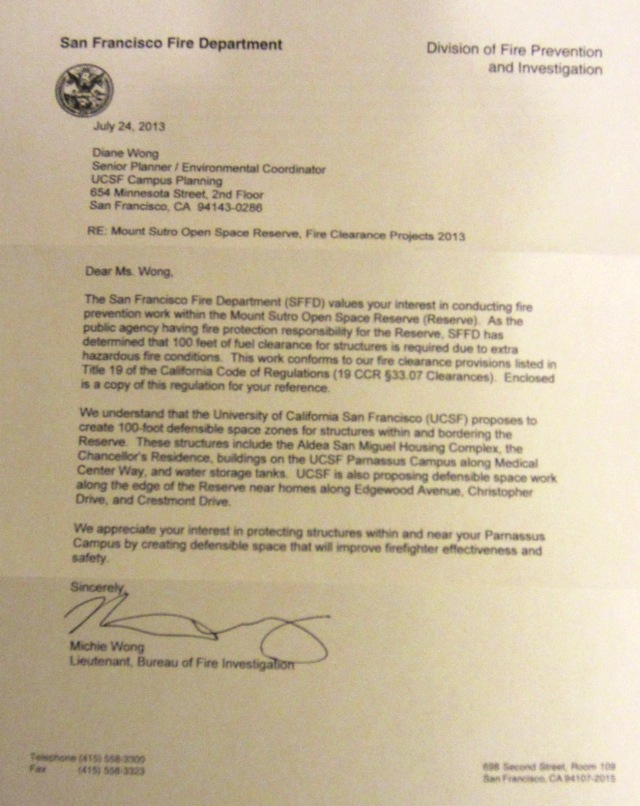 This is a recent picture from Sutro Forest.

Some see trees and understory; others see fuel.