We recently published an article on trees storing carbon. (You can read it HERE.)  Today, we’d like to talk about trees fighting air pollution. This is important to everyone in the vicinity of trees; as someone pointed out when requesting we address this issue, “We all need to breathe!” 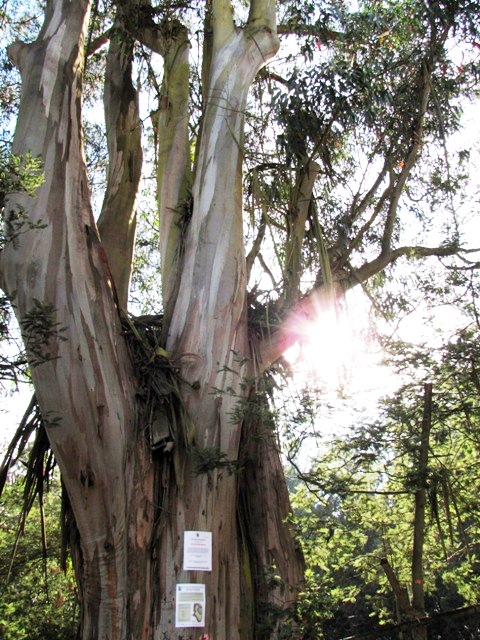 Fought pollution for over 100 years, until felled in January 2013

As you might expect, large trees fight urban pollution more than do smaller trees. The chart below is based on a data in the USDA 2007 publication, “San Francisco’s Urban Forest.”   It shows the average amount of pollution (in ounces) removed by small, medium and large trees each year.

This is just one more reason that felling mature trees is bad for the urban environment. The small replacement saplings – even if they are planted in the same areas –  will not have the same effect on air pollution. 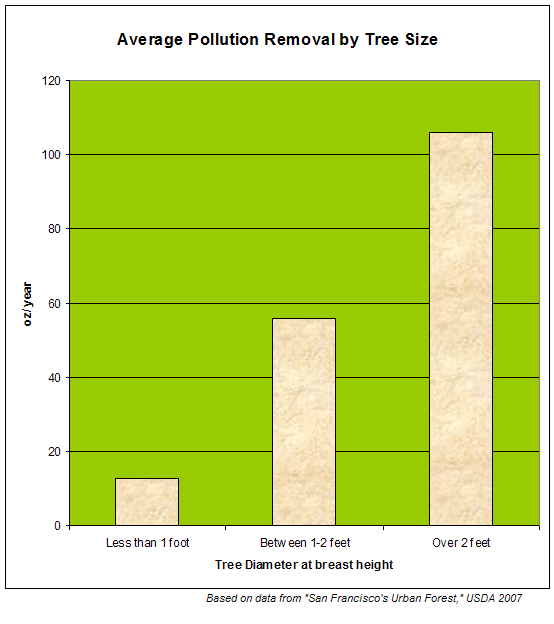 (You can download the entire publication here as a 26-page PDF: SF Urban Forest fs fed US)

This entry was posted in "Natural" Areas Program and tagged air pollution, environment. Bookmark the permalink.