All over the city, people are picking the delicious berries off the Himalayan Blackberry bushes. At Twin Peaks, we saw someone intently gathering fruit in a small bowl from bushes below Twin Peaks Boulevard. In Glen Canyon yesterday, children were having a great old time snacking on blackberries along the trails.  The Bernalwood blog announced that Blackberry Season Underway in Bernal Heights. (It has some luscious photographs.) Even the Presidio’s Facebook page had a pictures of a berry bush and said, “It’s blackberry season. Did you know that park visitors are allowed to harvest very small quantities of the five-leaved Himalayan blackberry fruits?”

[CLICK on the jam-jar graphic to go to Making Jam with Grandma Kathy.]

It’s not just children who eat blackberries off the bushes. Birds and other wildlife do it too. [CLICK HERE for a link to an article with a great picture of a bird on a blackberry bush.] 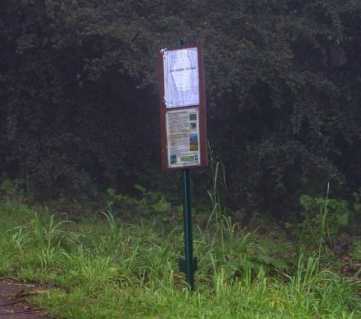 o we were dismayed when people reported that pesticides are being used on Mt Davidson (again!) and this time, one of the targets is blackberry – right during the fruiting season. The pesticides being used are Aquamaster (glyphosate) and Polaris (imazapyr). [CLICK HERE for information on these herbicides.]

We’re not sure that leaves the berries safe to eat.

And as for the area being safe once the spray has dried… we’re not sure about that either.

“Is it even possible for the spray to dry on Mt Davidson?” someone asked. Mt D lies within the fog belt, and it doesn’t dry out in the summer. “It is very, very wet in the green zone of Mt. D right now because of the fog. The paths are very muddy and the water is streaming down the road.” The photograph seems to prove the point. It was sopping wet.

How wet is Mt Davidson in summer?

Like this. This is all water from the cloud forest effect, the moisture precipitated from the fog. 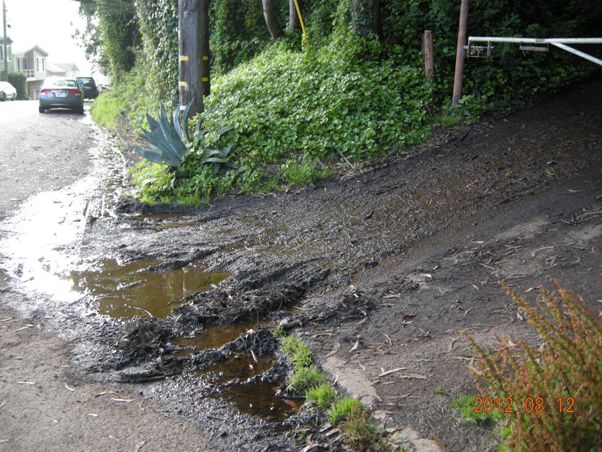 3 Responses to Blackberry and Pesticides